4 Benefits Of Installing A Spin Ceiling Fan With ABS Blades

4 Benefits Of Installing A Spin Ceiling Fan With ABS Blades

It is useful for owners who are planning to purchase a Spin ceiling fan for the first time to learn more about the benefits of using ABS fan blades and how a Spin ceiling fan with ABS blades is better than a fan with metal blades. Knowing about these benefits can help homeowners make a more well-informed decision before they proceed with installing their ceiling fan.

What Are ABS Blades? 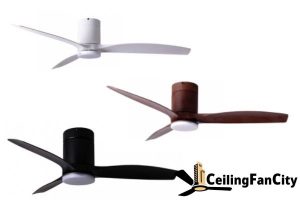 Acrylonitrile Butadiene Styrene, abbreviated as ABS, is a plastic that is used for making a large number of consumer and industrial products. Increasingly, fan manufacturers are making fan blades from ABS since it is cheaper and easier to mold to the desired shape for better airflow. One such Spin fan model would be the Spin Quincy 43″ DC Ceiling Fan. While it is possible to melt metal or carve wood into the desired shape, it is far more expensive since the melting point of the metal is very high, and wood has to be carved manually.

ABS will usually melt at a temperature of 105°C, so it is cheaper to use molds to produce a larger number of ABS fan blades in any shape at a low cost. The mechanical properties of ABS blades can also be improved using additives so that they are not affected by ultraviolet radiation. ABS fan blades can also be mass produced in any color. You may want to view some of the popular Spin ceiling fans with ABS blades to decide which Spin ceiling fan series you should buy from as they come in assorted colours and styles. 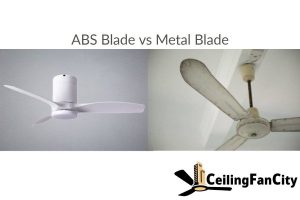 Singapore has a tropical climate, with high humidity levels and frequent rainfall. Due to this, moisture will often condense on the fan blades and cause rusting quickly. Removing rust from the fan blades can be time consuming, so it is better to purchase Spin fans with ABS blades such as the Spin Espada 52″ DC Ceiling Fan since they do not rust. When homeowners install a Spin fan with ABS blades, they will not have to worry about rusted fans affecting their home decor.

One of the facts you might not know about ceiling fans, especially those with ABS blades is that it is easy to clean and maintain. The fan blades can be easily cleaned using water or soap solution, without worrying about rust formation.

The density of ABS plastic is usually lower than metal and other materials. For the same fan blade size, the weight of ABS blades will be lower. This makes it easier to handle the blades, install and remove them from the fan whenever required. Due to the lower weight of fan blades, the load on the motor of the fan blade will also be lesser, and the power consumption will be reduced, thus saving extra money.

The airflow for ABS blades is also more efficient and most importantly, the risk of injury due to the fan blades is also reduced. It is recommended that you learn more about the various types of ceiling fans to install for your home so that you can better decide if one with ABS blades is for you. 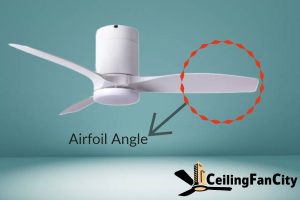 Although blade size is one of the things to consider before purchasing a ceiling fan, the airflow from fan blades depends to a large extent on the shape of the blades. If the fan blades have an angle, it is easier to move the air outwards. Since ABS fan blades are manufactured using molding, it is easier to ensure that the blades have an airfoil angle for better air circulation without the increase in manufacturing cost. When manufacturing cost is low, this does not translate to any additional cost having to be passed on to the consumer.

One good reason why you should install a Spin ceiling fan in your home is due to its sophisticated and minimalist design. Most Spin ceiling fans come with ABS fan blades that are manufactured using molding. It is thus easier to manufacture them in a wide variety of colors to meet customer demand. There is a high chance that you will be able to find a Spin fan with blades of a specific color to match the decor of the room where it will be installed. Increasingly, ABS blades which look like wooden blades are becoming popular. One such Spin fan model is the Spin Savannah 43″ DC Ceiling Fan. In some cases, a veneer is used to make them look more realistic.

One reliable company would be Ceiling Fan City Singapore as they have a team of well-trained electricians who have the right tools to install your ceiling fan with care. Rest assured, you will get to enjoy your ceiling fan with ABS blades as it will be installed professionally so that you do not face any problems in the future.

When it comes to installing ceiling fans for your home, it is recommended to choose one with ABS blades such as the Spin ceiling fan. The benefits of installing this type of fan include – light in weight, ability to provide wide airflow, unique designs, and most importantly that it does not rust. Once you have selected a Spin ceiling fan model of your choice, remember to entrust your ceiling fan installation task to a professional company that will complete the job with high standards.